This was our first IPSC match of the year. We’ve been to the Spring Break match before, and this year was no disappointment…

Our trip through the traffic of Berlin wasn’t as uneventfull as we would have liked. Be wary of cars with foreign license plates, when driving in a big city like Berlin

We were squadded with a lot of fellow Danes, and even had the luxury of a “squad mom”, Kit, who managed our score- and equipment sheets, and the shooting order in the best possible fashion. That was one less thing to have on your mind when preparing to shoot a stage, so a big thank you to Kit!

Our match preparation has been embarrassing, which showed clearly in our performance, but we had a lot of fun, and identified several areas we’ll need to work on, to get better before the next matches.

One thing none of us had practised recently was table- and unloaded starts: 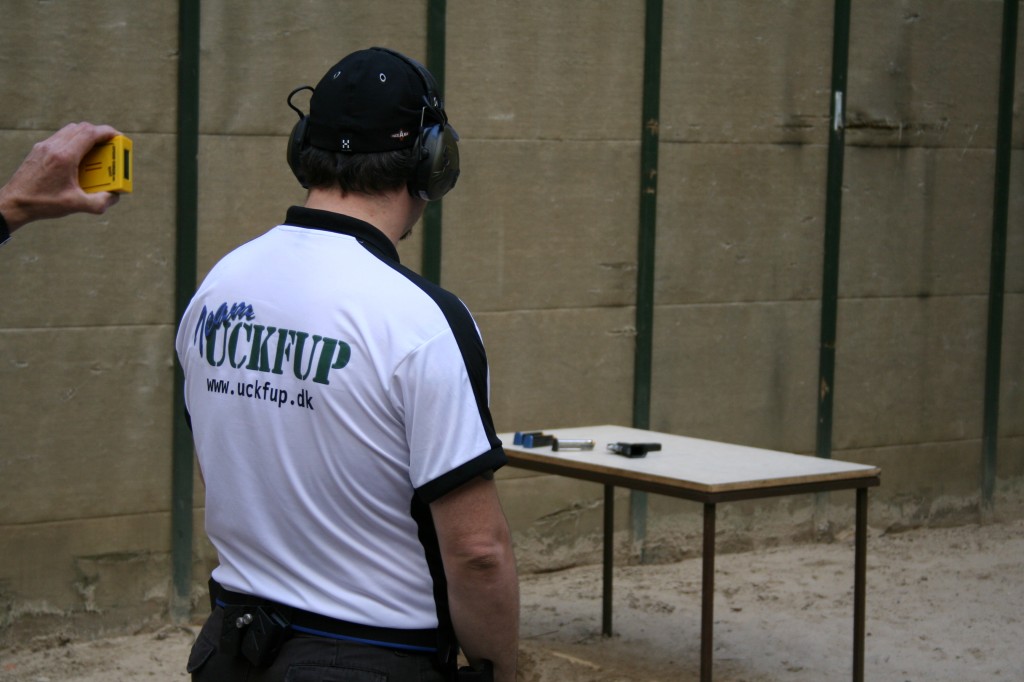 There were quite a few of those, and that cost us much more time than it should have.

Shooting  strong hand only wasn’t really a problem, but our weak hand shooting was pretty pathetic.

We saw some failures to feed, that were probably due to magazine problems. That really drove home the point, that you must  have reliable magazines. An extra round isn’t worth giving up any reliability for.

Another thing worth noticing is that far targets seem more intimidating in a match. Shooting classic targets at 15 meters, and getting your A hits seems to be no problem when practising, but in a match they can feel pretty intimidating.

We had done a bit of work on low apertures, but certainly not enough – more work on that will be needed before the next match.

There was only one stage where you needed  to memorize a shooting order, and it wasn’t too complicated, so we didn’t have any problems there.

Overall, the one thing we would have liked to change was the amount of stages we shot on saturday. We were finished for the day at around 18:30, and some of us found that the last stages we shot were pretty hard going. The other side of that coin was being finished early on sunday, but lowering the number of stages to be shot on saturday certainly wouldn’t have hurt.

The match “felt” a bit different from the previous matches we’ve been to in Berlin. There were fewer of the low bullet traps: 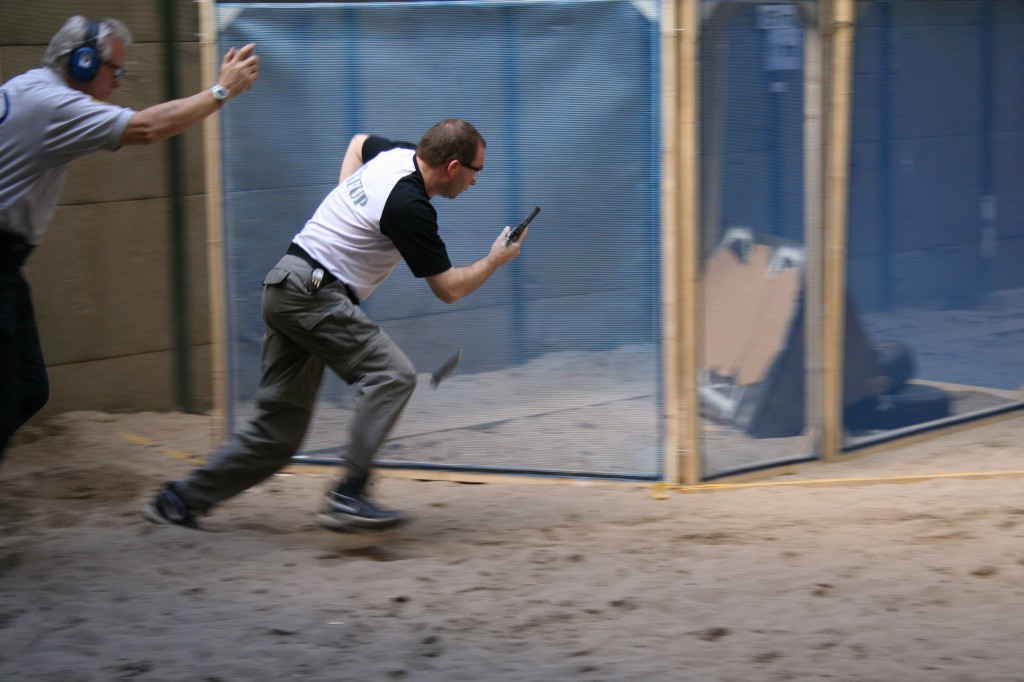 Instead it seemed like there was more steel, and we shot quite a few small steel plates, something I can’t remember seeing down there before.

More pictures of the match can be found in our gallery.